The Innkeeper: Part I

The following prose is the beginning of The Innkeeper. The story takes place roughly 2000 years in the future, in a world not entirely like our own. I eventually intend to expand it into a full-length novel, but for now I will be releasing it in serial format on this website for my patrons.

Camille wiped down the bar silently, watching the scattered patrons with a careful eye. They didn’t tend to get too many travelers this time of year, but a party of twelve had come in just an hour ago, though several of them had gone straight up to the rooms she had assigned them, gratefully taking the keys in exchange for the gold they handed her. She only made eye contact with one of them, and she wondered what had made a face that young have eyes so old.

Well, she was one to talk.

Not that it was any of her business. Officially anyway. According to her job description, not that she had ever gotten one, her business was only to mind the bar and the books, keep her nose down, and not to gossip. Mind, she kept her ears open and she had more than enough ammunition if she wanted to do something with the information she had coiled up in her mind, like a snake ready to strike. Her aunt Megara had the most popular bar in town – mostly by virtue of the fact that it was the only bar in town – and that meant that anyone who drank was here, and if there was one thing that would loosen lips it was liquor.

Camille was the daughter of Meg’s twin brother, Aiden, who had gone to study astrophysics at a university in the capitol, and stayed there, as cliché as it was, because he had met a woman. Silvia studied anthropology, and she planned to go into the political sector. To the surprise of no one who knew them both, they fell in love, and together they began to raise Camille. Or rather, they hired a series of tutors to raise Camille. Being a quick learner and realizing from a young age that the way to affection was to please her parents with prowess, Camille threw herself into learning whatever her tutors saw fit to instruct her. Advanced math, sciences, literature, language. She soaked it up like a sponge. But her true release, her pride and joy, was the lessons she had in swordplay. Until the age of seven she had had mandatory dance lessons, but with no small argument she won the battle to switch to learning the art of swords. As a compromise, she was compelled to keep up with the piano, not that it was such a hardship, as music was her second love.

Many people thought Camille to be spoiled, living in such a large house, with access to so much at her fingertips. But the truth was that Camille felt trapped. Every moment of her life was spent working and learning, with almost no period of rest, her mandatory hour of meditation before bed each night being the only exception, where she was compelled to dedicate herself to the gods. Her life was a gilded cage that she itched to escape.

At age thirteen she finally escaped, at least a little, when she was released into the world and allowed to attend advanced classes at the local university. Though she now had slightly more free time without her parents and their staff to monitor her every action, she found herself ill-equipped to handle the experience. The other students in her classes were over half a decade older than her, and while some of them were kind and protective, others were dismissive and even jealous at the child who dared to outwit them

One year before finishing her program, just when she was starting to gain some equilibrium, was when tragedy struck. Aiden and Silvia were found dead in their home, victims of what was by all accounts a murder-robbery. Camille, for all her intelligence, was only fifteen, and so naturally the largest question of her life was where she would live and who would be her guardian.

Her paternal grandparents were deceased, and her maternal grandparents, while willing to continue paying her university fees while she was underage and unable to manage her trust, were getting on in years and admitted they would not be equipped to raise a teenager. Silvia’s sister, Paula, had not spoken to the family in years, being a vicious racist and never approving of the fact that her sister had married a Black man and a former commoner.

That left Megara, Aiden’s sister. Meg had never approved of Silva, and of Aiden’s abandonment of their family. He rarely visited his small hometown, and he had left the running of the family business to her and her alone, when they had promised each other as children that they would run it together, partners in all things. The rift between them was an ache that Meg could not quite describe. And now he was gone, and they could never heal it.

At first Camille only came during the summers, and only for brief periods, because she also had summer classes, and thus would get two weeks maximum of a break every few months. The young girl preferred to keep herself busy and had a bad habit of working herself to the bone. From one point of view, she knew quite a bit. She was an expert swordswoman, and a concert pianist. She could recite dozens of poems on a dime, had memorized the highs and lows of the history of their country and the world, kept up with global and local politics, knew intricate details of various scientific phenomena. She had read plenty of books of literature, many of them quite moving, that were glimpses of what a “normal” life might look like. But she was lonely. Her friends were few and far between, and so all she really had were her studies. The cage which had now become her refuge as she did not truly explore the world outside.

Meg worked her hard in a different way. As Camille became more comfortable working around the inn, she realized how much she liked being around people who did not know her as “the ambassador’s daughter” or “the kid genius.” She was just Camille.

Part of her wondered if it was a waste of her education, when she came back to the inn, once she finished her degree(s) at age 18. She had graduated with masteries in biotechnology and Classical Studies, having already earned her lower degrees. Almost everyone in her life was astounded when rather than going on to acquire an even further advanced degree or become the pioneer as she was destined in one of her fields, she went right back to The Tenth Muse and took over bookkeeping for her aunt, covering shifts working at the bar and sleeping in the attic bedroom, writing stories by candlelight to save on the electric bill and wondering, if her life where a novel, what the next line would be. Before she knew it, she was turning twenty-five – and then everything changed all over again. 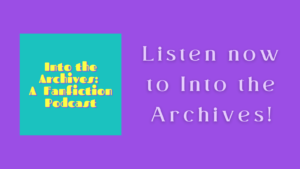 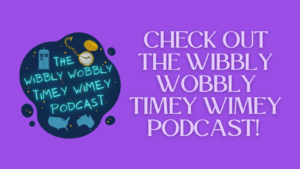